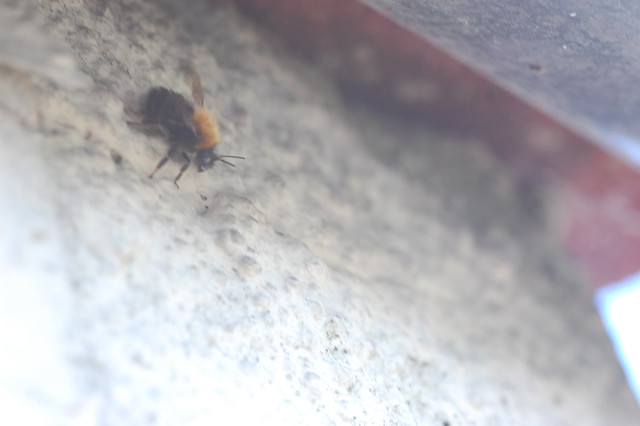 I think this little bee is an example of Bombus hypnorum, also known as the tree bee. It probably would be better if it was nesting in a tree rather than several of them buzzing in an out of a hole at the top of the house wall. By the way, that explains the dodgy photo; I’ll do some things for art but risking falling off a ladder is one I’m not going to push too far to the edge of the envelope.

Researches suggest that it isn’t a major problem and the nest should be gone within a month or two. I think we can live with that (although I might later be climbing the ladder again to plug the hole once it appears our visitors have moved on).