Here is what the back garden was looking like earlier this week: 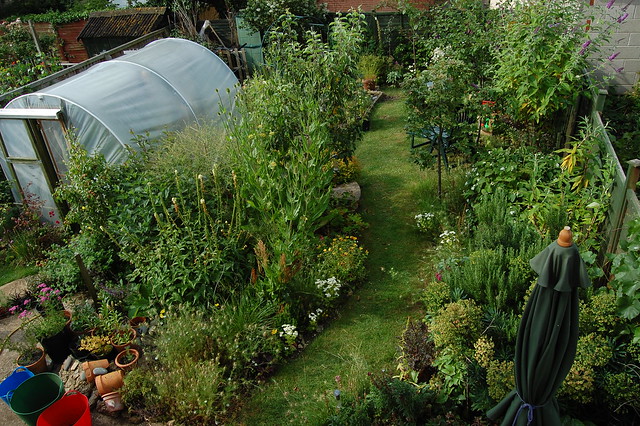 Last month’s star turn, the Crambe cordifolia (Greater Sea Kale) has lost its white flowers although it still looks beautifully intricate. The most amazing plant at the moment is probably Dipsacus sylvestris (Teasel). The second part of the name, sylvestris, suggests something tree like and these are now towering at 7′ or more, competing in height with the ‘John Downie’ crab apple behind them (Malus sylvestris). The mace heads at the top of the stalk are just beginning to aquire a purple tinge; the flowers are fairly non-descript in themselves but will produce a mass of seeds to attract birds later in the season.