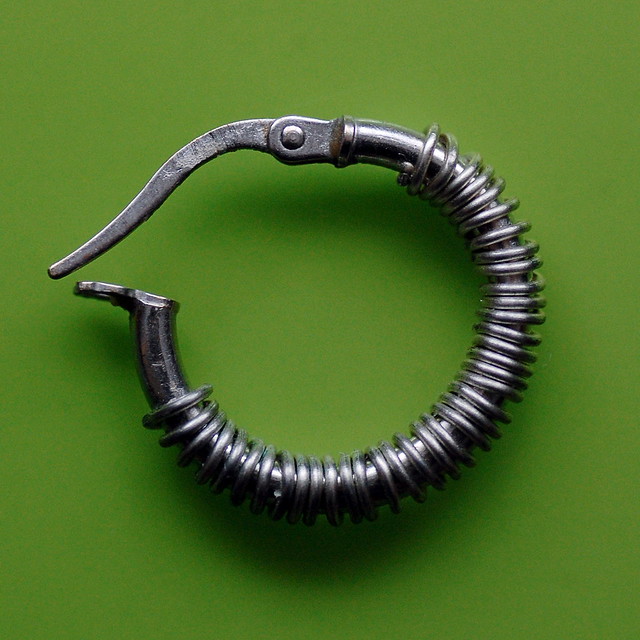 Once upon a time, choosing an earring was an important part of my sartorial routines. For many years now, I have been content to mainly stick with a single earring that gets changed very infrequently. I have lost track of when I started wearing the simple silver ring shown above but, for a few weeks, I have been aware that it has been breaking. The main tube is hollow and this week it began to tear.

Did that mean it was time for a new earring? Not yet! Instead, I decided to wrap it with some wire in the hope that this will take some of the strain and preserve it a while longer. In the cruel detail of the photograph (the earring itself is about 1cm across) my work looks very scrappy but to the naked eye it looks quite acceptable; no longer quite as simple but still effective.

By the way, the title of this post comes from a book I recently read by Francis Spufford, called Unapologetic. There were some points at which I found myself unimpressed – for example, he misremembers an argument presented by CS Lewis (Jesus – mad, bad or Son of God) and then claims that what it is missing is the very point he has forgotten. He also indulges in more vulgar language than most who write positively about Christian faith although I recall that Martin Luther had his moments so Spufford has some company! However, I did fully concur with his conclusion. Christian hope is well summed up by the axiom that far more can be mended than you know.