The two main ideas introduced in today’s summer school class were using collage to develop works, including randomly dropping torn up scraps of earlier paintings, and using monochromatic underpainting to develop a tonal vocabulary. I used both of them in one of the images I worked on. I started with creating quick images on both sides of an off-cut of paper, using two brilliant colours (‘Warm Orange’ and ‘Indian Yellow’), and dropping them on a piece from earlier in the week. I had previously introduced lines into all of the pictures and, nudging them from where they fell, used those to create some continuity: 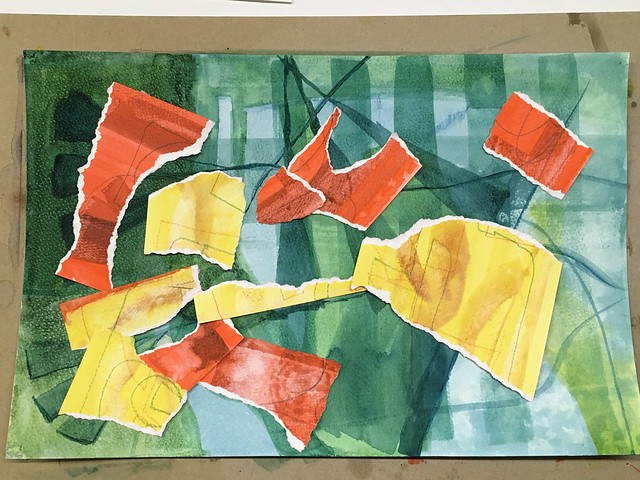 Those colours are vivid. I might well keep that one as it is but I also framed it with a pair of L-shaped half-mounts and took a photo which I converted to monochrome, to better expose the tonal contrasts: 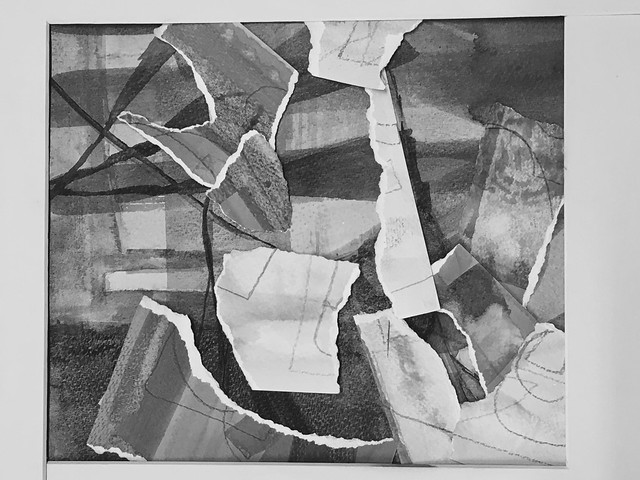 That became the source for another bit of ‘blind drawing’, which I then under-painted with a burnt sienna colour to work out where I wanted the main tonal contrasts. Because the drawing technique isn’t a direct method of copying, you can see that the shapes and thus the tones have shifted from the photo: 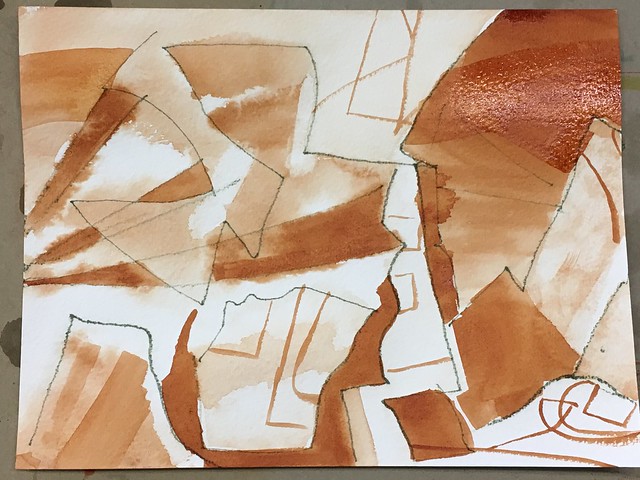 The paint was still wet when I took the photo at the end of the morning. Later in the afternoon, I returned with a neutral black and a vivid magenta called ‘Permanent Rose’ to develop it further: 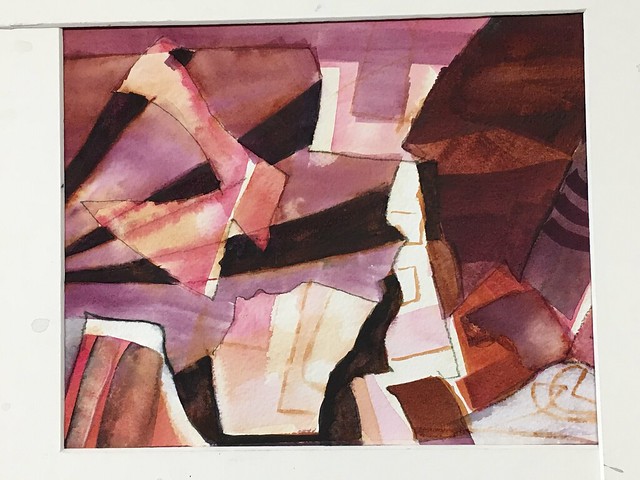 Will I take it further? Is it done? I’m not quite sure. I think I might do a little more but I don’t think I’ll put it at the top of the pile tomorrow morning. it could be improved but it could also be ruined so a signature may be all that is required!