How many seeds are there inside a tomato? It turns out that it varies quite a lot but I got 133 from the ‘Artisan Purple’ one I picked the other day: 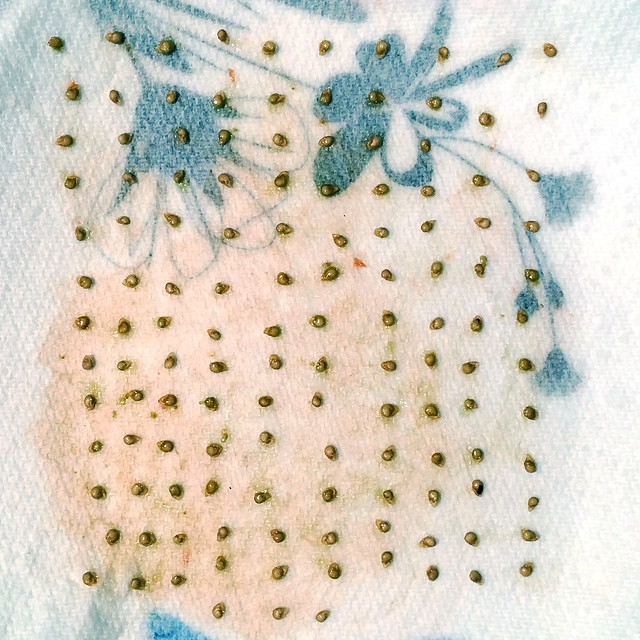 I scrape the seeds out and put them in a jar of water for a few days, shaking occasionally. This removes most of the tomato flesh which I believe acts to inhibit germination (which is why tomatoes rarely sprout from inside other tomatoes). I then spread them on a paper towel, separating out to a grid to make it easy to count them, both now and when I come to attempt to grow them next year.

I was very pleased with the ‘Artisan Purple’ tomatoes. Because I was away for part of April, almost all of my own seedlings died but I’ve had a good return from these ones I bought – over 7.5kg so far and a few still left to pick. They have a good flavour and an attractive look – more than enough to make up for the fact that the skin is sometimes on the hard side.

The photo captures a rough repetition and I am going to count it as this week’s contribution to my 52photos project. It was taken with the iPad and I used The GIMP to tweak colour and sharpness for effect.