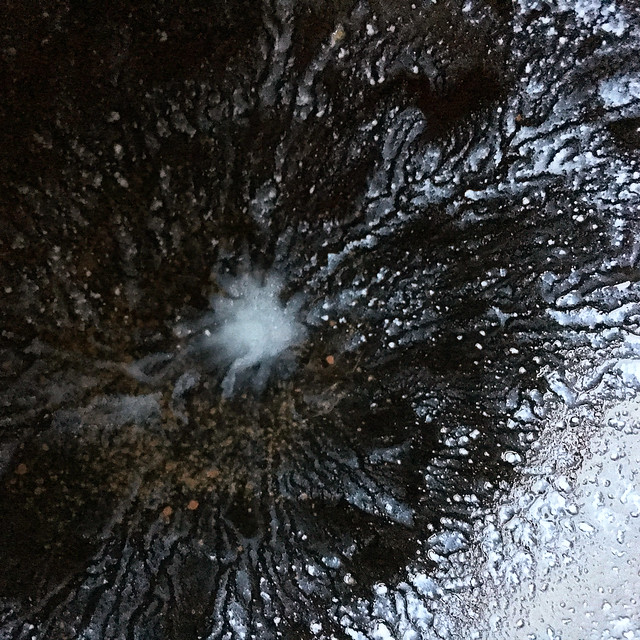 Galaxy in a Bowl

Not the far reaches of the Universe but my bowl after a breakfast of bran flakes and kefir. The bowl itself is a thing of beauty, purchased from a pottery we visited in Devon last year. It has been enhanced by the patterns formed by the kefir. With this batch, I had strained it through a loose cheese cloth, creating not curds and whey but a thin version and a thick version; this was the remnants of the thin version.

I took the photo with my iPad and have done a little processing with The GIMP.