This year’s Lent course at St Clement’s is using a film version of Les Misérables (2012) to explore some themes of Christian faith. We watched a short portion from the early part of the film as a way into explore grace, with a particular focus on the Bishop of Dignes’ gracious gift to Jean Valjean and the transformative effect this has on his life. As I often do nowadays, I had a sketchbook to hand and scribbled out the picture below as Valjean received grace and discovered redemption: 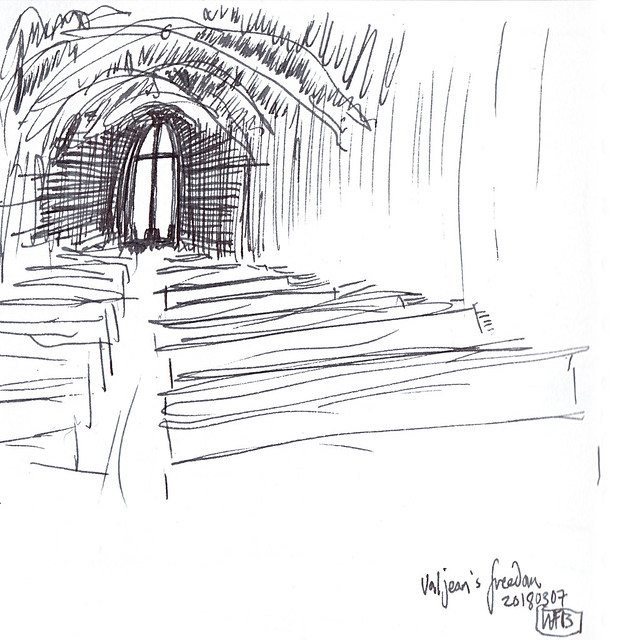 Recently, I’ve been doing a lot of drawing from observation using a range of approaches but this, which doesn’t particularly resemble anything at St Clement’s or in the film, was a visceral, imaginative response to the emotion of the scene.