This is April’s view of the back garden: 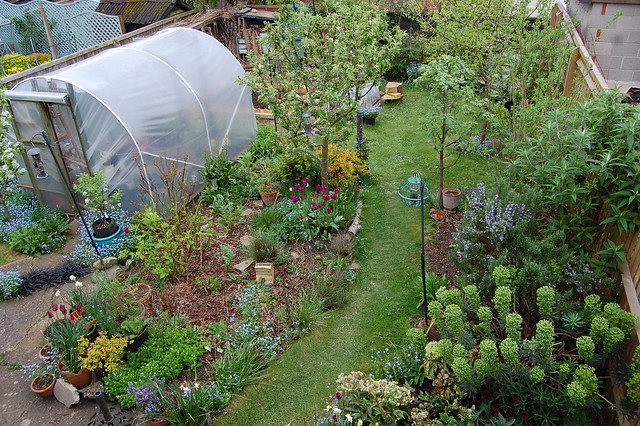 Looking down on the back garden – April 2018

Lots of things are springing into life now. You can just about see that new bed at the back but it will probably be obscured by the Foxglove growing next to the back end of the polytunnel by mid-May.

I originally took my April shots of the garden a few days earlier but on a much brighter day. Strong sunlight makes the garden glow but produces too much contrast for the camera to easily cope with so I ended up reshooting this week on an overcast morning. If you look back at the set, you will see that is my normal practice and, from the few exceptions, you will probably see why, given that I’m trying to create a record of development rather than an artistic shot.