Here is another recent sketch done along the same lines as the one I posted yesterday, albeit with much more garish and less ‘naturalistic’ colours: 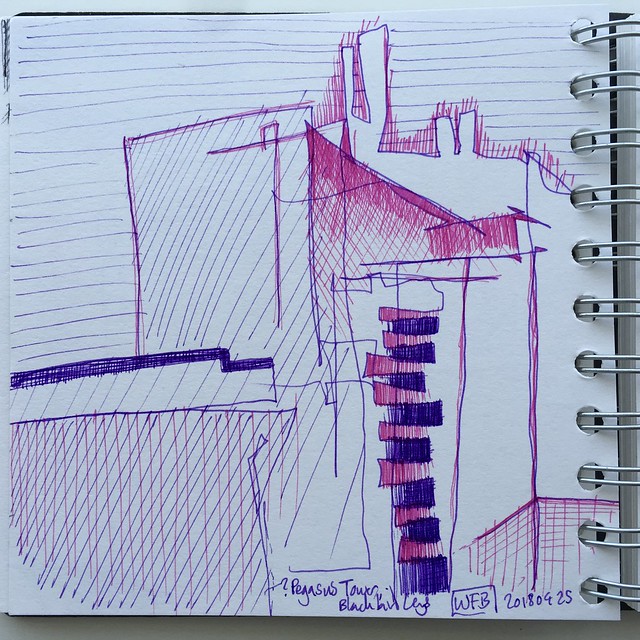 I did this one after a more measured drawing of the same tower (Windrush Tower in Blackbird Leys, Oxford – on Pegasus Road, which is where I got confused about the name in titling the sketches): 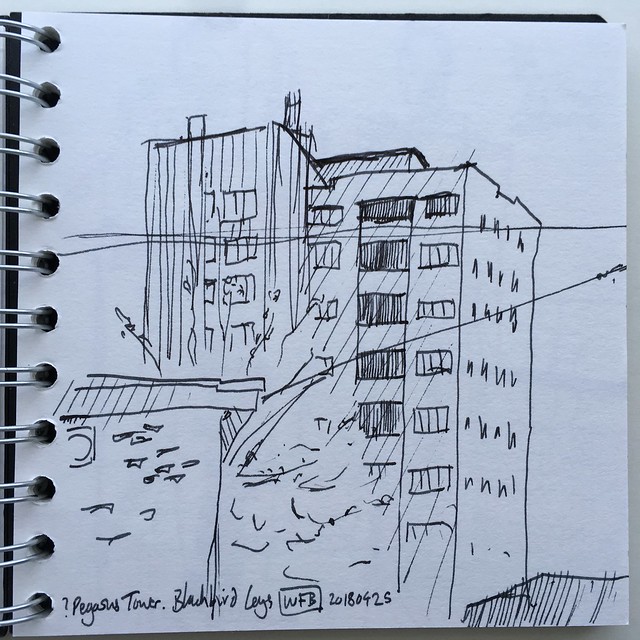 Someone local might even have a chance of recognising it and more so if I had added some painting to show the colours of the cladding (and the section with the vertical lines, where cladding is being changed). A good bit of exercise while I was waiting for a rehearsal to start.