For today’s painting, I took a trip to RSPB Otmoor. 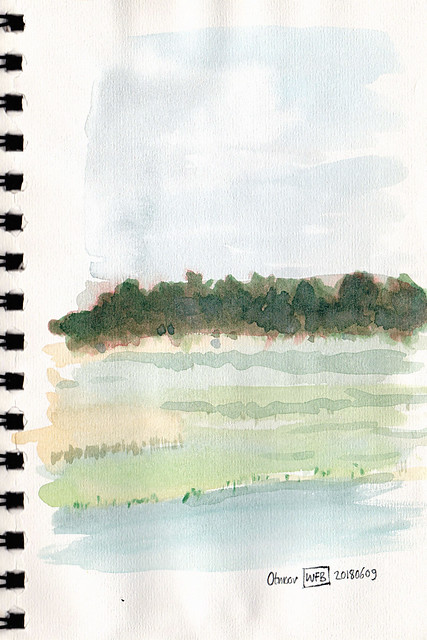 I’m pleased with the result but note that it depend a lot on my initial experimentation with colours: 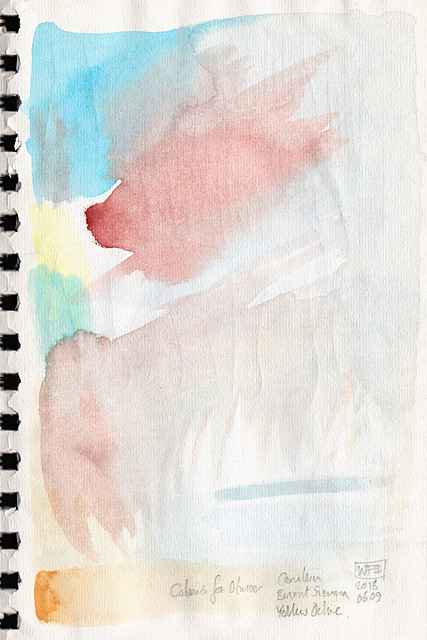 I started with trying to match the grey of the sky I started with what I think is probably Cerulean Blue Hue (Winsor & Newton pans, probably from the Cotman range), neutralised with a bit of Burnt Sienna. To get the greens I wanted, Yellow Ochre seemed to do the job. The other thing I noted from my test was the way the pigment from the Burnt Sienna moved as it dried, which created an interesting pattern reminiscent of the trees along the horizon.

For the painting itself, I laid in the sky, added a touch of ochre and put in a band for the treeline and then dropped in the burnt sienna. While that dried, I worked on the grassland and water in the foreground with bands of colour and a bit of texture. I also used a few other colours from the palette as I was working, particularly as I returned to overpaint the treeline but the Cerulean / Burnt Sienna / Yellow Ochre triad provided a good basis for the piece.