Paintings change when you start working on them. In this one, based on a tonal collage based on a recent sketch, I was surprised to see the figure of William Shakespeare emerging: 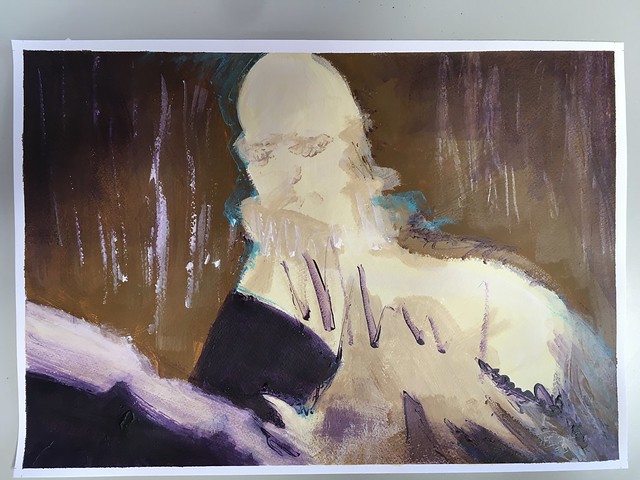 I could almost see some turquoise in my minds eye, so I took a photo on my iPad and worked on a few layers with Procreate. Turquoise looked great and I spotted some places for a bit more white and a dark purple wash, which I added in the afternoon. This was all done with a large brush and some paint added with a rubber tipped instrument.