I actually ended up with several self-portraits from last Thursday’s session. Here is another one. 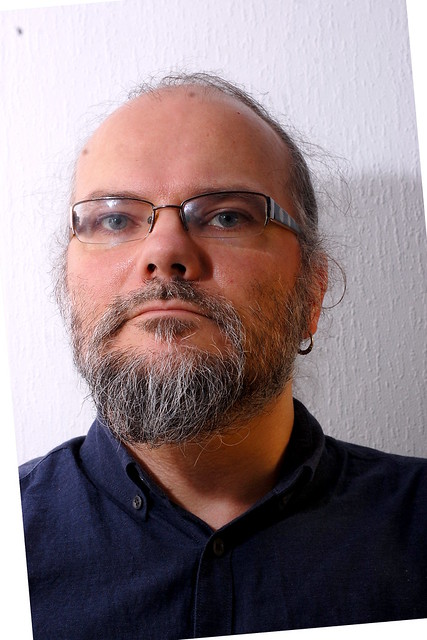 This one has a skewed frame, which looks rather fetching (although I am perhaps looking too severe). The principal challenge was that I can’t find my remote control so each shot had to be done by setting up the five second timer, getting in position and hoping it was near enough to work. Adding my flash unit helped a bit, since I could user a much narrower aperture, but the remote would have made it much easier.